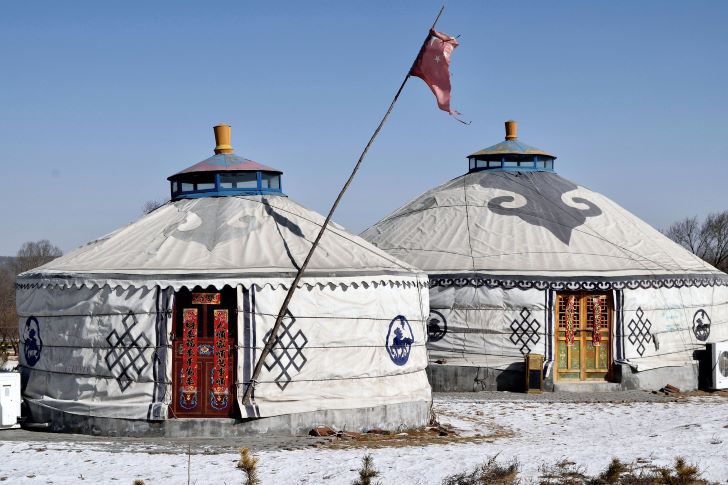 Mongolia is a country and lies between Russia and China and with 1.7 people per square kilometer, Mongolia has the lowest population among all independent countries in the world.

Mongolia is also known as the ‘Land of the Blue Skies’ as they have around 250 sunny days per year. Good sunglasses are therefore highly recommended while traveling around this country. However, in winter the temperature can drop to -30 °C  (-22 F) The highest peak season for tourists is between May and September. Hikers and adventure lovers would be fascinated by this wonderful destination.

To explore Mongolia, we have found 10 top highlights that must be visited:

The rocky formations of Tsagaan Suvarga, ”white stupa”, are located in the Southeast of the sum Ölziit. These rocky formations eroded by the wind look like a ruined city if you observe them from a certain distance. They are about 60 meters (196,85 feet) high and 400 meters (1312,34 feet) long.

Southwest of Tsagaan Suvarga, you will find another rock called Ulaan Suvarga, the “red stupa”, that has the same structure. Tsagaan Suvarga Yurts Camp is located in a large desert valley in the province of Omnogobi, 40 kilometers (24,86 miles) from Tsogt-Ovoo, nearby the Tsagaan Suvarga Cliffs. The camp has around 10 furnished yurts and can welcome up to 30 guests.

Khorgo volcano is located in Arkhangai province. The real story behind the formation of this beautiful fresh-water lake in the Khangai Mountains in central Mongolia is not so very different from the legend: the spewing of lava from the nearby Khorgo Volcano dammed up an old river. The lake remains mostly frozen during the year – hence the ‘white’ part of its name. Khorgo Crater reaches only 2240 meters above sea level at its highest point, but the extremes of temperature have led to some hardy shrubs, and is quite small. The last active volcano in Mongolia, Khorgo’s final eruption was some 8000 years ago.

Ulaanbaatar, also spelled Ulan Bator, formerly Urga or Niislel Khureheh, capital and largest city of Mongolia. With Soviet help, a new city was planned, and its central feature was Sühbaatar Square, the site of a Neoclassic government building, a history museum, and the national theatre. The city is also the site of the National University of Mongolia (1942), several professional and technical schools, and the Academy of Sciences of Mongolia. From Russia, you can take the Trans-Mongolian train which starts in Moscow and stops at various cities in the world’s biggest country before taking a southwards turn towards its neighbor, Mongolia. Ulaanbaatar has an international airport, with flights from all over the world. But overland travel here is highly recommended such as entering the country by 4-wheel drive vehicles. Hotels can be booked here with Hotels.com as they have prepared a generous promotional code with 8% discount on any accommodation by using this code: AFFHCOM1Q21. Accommodation must be booked by April 10, 2021, while travel must end by September 30, 2021.

The Khustai National Park is world-famous for its successful reintroduction of Przewalski’s Horse, Equus Przewalski, the only remaining wild horse, since 1992. In addition to the Takhi, as Mongolians call them, roaming freely in their homeland again. The Takhi horse is the only living wild horse. This unique horse was extinct in the wild around the late 1960s. Through an enormous effort from Dutch NGO FRPH and Mongolian NGO MACNE, the first 15 Przewalski’s horses were brought to KNP from the Netherlands in 1992. A total of 84 Takhi were brought to KNP and released during 1992-2000. The quality of the various ecosystems within the park assures abundant wildlife. Within the park, 55 mammals, 223 birds, 2 amphibians, 4 reptiles, 15 fish, and over 500 insect species have been recorded. Many of these are mentioned in the Red List as endangered species such as the Przewalski’s horse, Mongolian Gazelle, Red Deer, Roe Deer, Argali Sheep, Grey Wolf, Siberian Marmot, Lynx, and many more.

A must-see place for those who want to hike or walk the trails of the Mongolian Empire’s glory and fall is the Orkhon Valley UNESCO Protected area. The Ulaan Tsutgalan Waterfall with an impressive height of 20 meters, and extends for 100 meters from the Orkhon River. Ruins of Karakorum, built-in 1220 by Chinggis Khaan, Erdenezuu monastery, and its 108 Stupas, and Tuvkhun monastery on top of a mountain (you’ll need to hike 600 meters to reach it!) – are all located along the Orkhon river. The valley is 360 km from Ulaanbaatar. For thousands of years, this area was the center of powerful empires. A stone statue with inscriptions dedicated to Bilge Khan of the Turkic Empire is the oldest remaining relic that proves their history. Once you’re in soum center, you can visit the Kharakhorum Museum that contains excellent artifacts such as the king’s crown, gold, and silver crafts found in this area.

6. Kharkhorin-Erdenezuu – Capital of the Mongolian Empire

There are tons of documents and facts found in the historical sources belonging to the Mongols. It is believed that the Erdene Zuu Monastery was built inside the ruins of Kharkhorin called Takhai, not on new land.  To give an example, the Mongolian sutra “Erdeniin Erikh” written in 1841 tells us, in a place of ruins called Takhai near the Shankhat Mountain called Sharga Azaraga where Ogodei was proclaimed as Khaan and later Togoontumur reclaimed the throne in the Year of Fire Dog (1229) and the Year of Rooster (1586), the Erdene Zuu Monastery was created. Today, it is surrounded by a 420-meter fortress wall on each side with 108 stupas. By 1792, the first Buddhist Monastery of Mongolia housed 62 temples and more than 500 buildings, accommodating over 10 thousand monks. Nowadays, it is left with 18 temples, which have been placed under state protection since 1944.

According to geologists, the Khuvsgul Lake has formed about 4-5 million years ago, becoming the southern boundary of the Baikal Rift System which was formed following the collision between the Eurasian Continent and the Sub-continent of India. The water of the Khuvsgul Lake is characterized as fresh and as well as carbonate-rich alkaline lake water, which is the result of its extensive dolomite sedimentary rock layers. The wildlife is fantastic, full of fish, and someone who loves birds can spend days observing the area.

Hiking in this area is a tourist priority, there are several mountains to climb and the top gives you a wonderful view of the area. There is a village called Khatgal is located on the southern shore of Khuvsgul Lake. Here start the tourist camps and this might be the most packed tourist place of all. Here you can ride a horse or rent a bike to travel from one camp to another. Boat service is also easy to find when there are not too many foreign tourists. In the 13th Century, the Mongolian Navy was the largest in the world. It lost that fleet during two failed invasions of Japan. Since that time, it shrank down to nothing.

The Sukhbatar III is the only ship in the Mongolian privatized Navy. The crew of seven, only one of whom knows how to swim. To earn some money this ship is also used for hauling freight across the lake and for tourist matters.

Eighty million years ago, during the Cretaceous Period, Mongolia’s Gobi Desert was a dinosaur’s paradise of vast valleys, freshwater lakes, and a humid climate. These prehistorically favorable conditions make the Gobi Desert the largest dinosaur fossil reservoir in the world. And now, through communities separated by thousands of miles of desert, Bolortsetseg has been driving a 37ft bus brimming with replica fossils – the originals never seen before by most Mongolians. Thankfully the Palaeontological tourism is boosting slowly. There are some small cafés, stores, tourist camps, and a petrol station and the local citizens are getting very small benefits, directly into their pockets. The next step is to teach the local people how to use and fly drones, to make beautiful documentaries.

By far Mongolia’s most recognizable and impressive landmark, which is also the largest equestrian statue in the world. the 131-foot-tall (40-meter-tall ) silver and shining Genghis Khan Statue Complex towers is a real eye-catcher of the surrounding landscape. The silver statue is already impressive from the outside, but it is even more fun to go into the statue by elevator up inside the horse, learn about the Mongols at the museum, shop for souvenirs, or enjoy a snack at the café.

Mongolia is a country with a fascinating history and culture that is well and truly alive today. Here are five things to know before you go. Many people visit Mongolia to see the annual Naadam Festival. The opening celebration has a parade that is reminiscent of a half-time show at an American football game, but from there on, Naadam is a world away from American festivals. Four-wheel driving in the landscape is truly amazing but might make you motion sick. Take some motion sickness tablets with you. Mongolians love horses, they will teach you how to ride and will take you around.

Some small etiquette that you should know, As you approach a ger settlement, remember that the proper way to greet the locals is to yell, “Nokhoigoo!”, which means “Call off your dog!” Inside a nomadic ger home, do not lean against the ger wall or furniture, and don’t remain standing over the threshold. Sitting with your feet out in front of you is considered impolite; tuck them in when seated on a stool, or kneel. If you are offered food, it’s polite to accept, even if you don‘t finish it. Take food offered with your right hand. “Tand bayarlaa” means “thank you,” but you don‘t need to say it often – nomadic people far from the city take it for granted that they will be offered hospitality in a stranger’s ger, and they offer it to you as a matter of course.

Herders out on the steppe mostly eat meat (usually mutton and goat) and milk products. Mongolians have found creative ways to make use of the milk of all of their domestic animals such as yak, camel, horse, cow, goat, and sheep.

You may be offered salted tea with horse or camel milk, sour coin-shaped milk curds you might see drying on top of the ger (aaruul), fermented horse milk (airag), and sweet or sour yogurt.

Travelers and hikers describe Mongolia as one big campground that must be experienced. 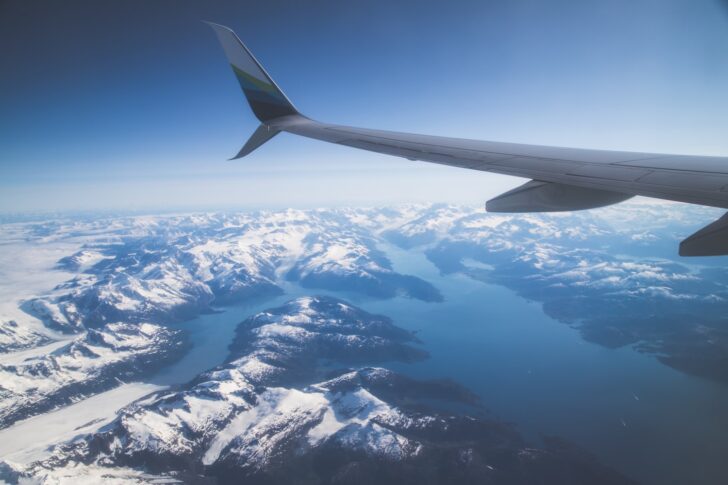 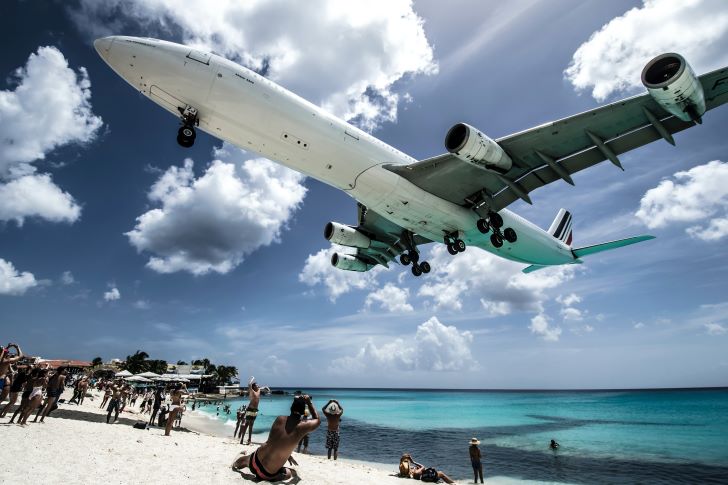 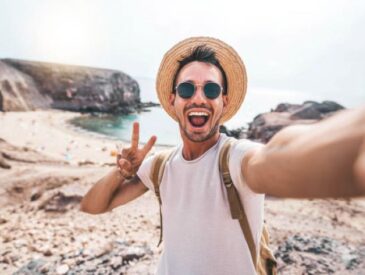 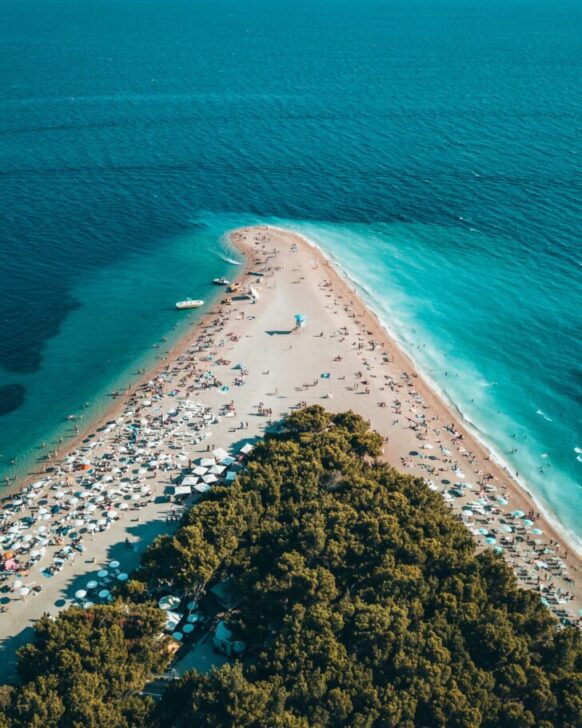